“It almost seems effortless at this point. Todd Adelman has put forth five mind-blowing Americana albums over his career and his sixth album Time Will Tell comes off as equally sublime. The fact that it was recorded live in just three days conjures the images of a master painter in their studio deftly casting off quick museum-worthy sketches. Early on Adelman found the knack at blending poetic, folky lyrics with a 1970s AM radio amalgamation of rock and country — the real crux of which is his ability to never go too rock, too country or too folky, but to sit perfectly balanced on the fulcrum between the genres…”
Marquee Magazine

“Despite the fact he has six albums to his credit, each of which with a different ensemble, Colorado-based singer/songwriter Todd Adelman hasn’t gotten very much notice up until this point. It’s especially strange that he hasn’t struck more of a chord with Americana audiences, especially since his music brings to mind the weary resilience of such revered individuals as Gram Parsons, John Prine, Townes Van Zandt and the grandaddy of them all, Hank Williams…”
Glide Magazine

“This is a superb recording. More John Prine than country, Adelman is a first rate songsmith with clever lines like, “I’m gonna love you til the color fades out of my eyes/til the sun turns black/heaven and earth collide.” Recorded live at the Mountain House in Nederland, Colorado, this is a thoroughly enjoyable disc — reminding us that there are many talented musicians just not getting the exposure they deserve. This clearly deserves that exposure…”
Roots Music Report

“…Which is what impresses me most about Time Will Tell. They aren’t out to bowl you over. They are just musicians doing what musicians do— playing— and they play more than well enough to make their mark. They have to to have made me think Cowboy because Reach For the Sky was more than just an album to me, I loved and love it so much. The more I hear Time Will Tell, the more I like it too. I might even love it some day. Time will tell how much. So far, so good.”
No Depression 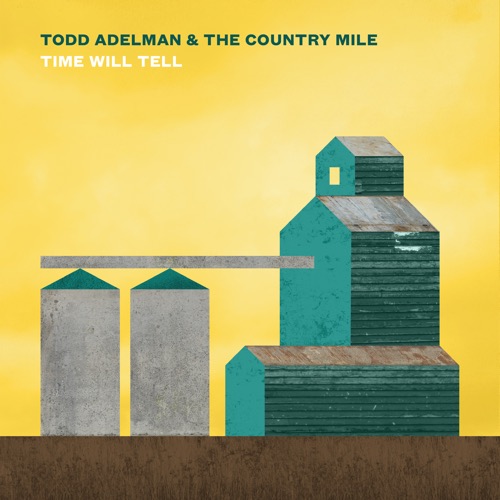 Listen and Purchase on CDBaby
Get It On Vinyl